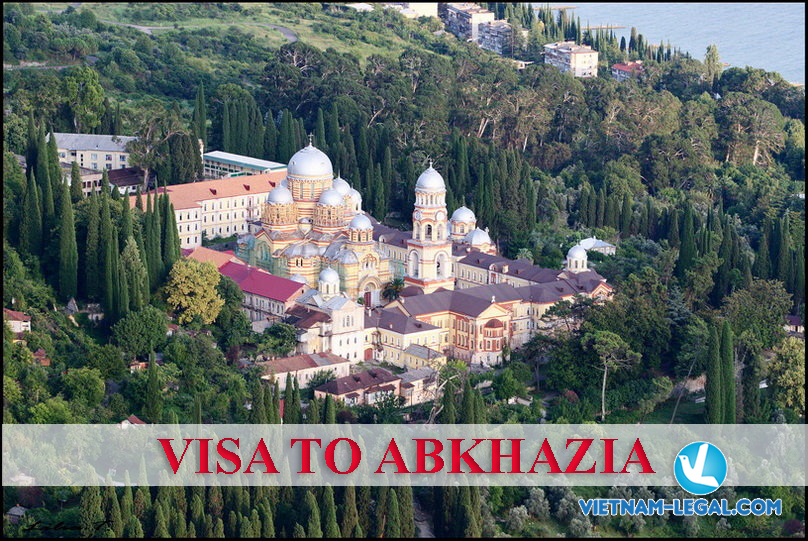 Below are the requirements for receiving an entry permit to the Republic of Abkhazia:

– Copy of passport (sent by e-mail or by fax). Please make sure that your passport is valid for at least 6 months after your planned entry to Abkhazia.

With Abkhazia Visa, please feel free to contact Vietnam-legal.com for: Citizens of the following countries and territories can visit Abkhazia without a visa:

Meanwhile, citizens of 5 other post-Soviet disputed states can travel visa free to Abkhazia. All members of the Community for Democracy and Rights of Nations have agreed to abolish visa requirements for their citizens. This includes:

Tourists from all countries (except Georgia) can visit Abkhazia for a period not exceeding 24 hours as part of an organized tourist group.

For those who do not belong to this list and want to apply for Visa to Abkhazia please feel free to contact Vietnam-legal.com for: 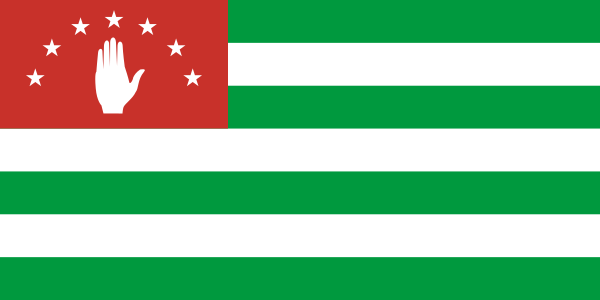 Capital and the largest city: Sukhumi

The Abkhazians call their homeland Аҧсны (Apsny, Aṗsny), popularly etymologised as “a land/country of the soul”, yet literally meaning “a country of mortals (mortal beings)”. It possibly first appeared in the seventh century in an Armenian text as Psin(oun), perhaps referring to the historical Apsilians. The state is formally designated as the “Republic of Abkhazia” or “Apsny”.

Abkhazia covers an area of about 8,660 km2 (3,344 sq mi) at the western end of Georgia. The Caucasus Mountains to the north and the northeast divide Abkhazia and the Russian Federation. To the east and southeast, Abkhazia is bounded by the Georgian region of Samegrelo-Zemo Svaneti; and on the south and southwest by the Black Sea.

Abkhazia is diverse geographically with lowlands stretching to the extremely mountainous north. The Greater Caucasus Mountain Range runs along the region’s northern border, with its spurs – the Gagra, Bzyb and Kodori ranges – dividing the area into a number of deep, well-watered valleys. The highest peaks of Abkhazia are in the northeast and east and several exceed 4,000 meters (13,123 ft) above sea level. Abkhazia’s landscape ranges from coastal forests and citrus plantations to permanent snows and glaciers in the north of the region. Although Abkhazia’s complex topographic setting has spared most of the territory from significant human development, its cultivated fertile lands produce tea, tobacco, wine and fruits, a mainstay of the local agricultural sector.

Abkhazia is richly irrigated by small rivers originating in the Caucasus Mountains. Chief of these are: Kodori, Bzyb, Ghalidzga, and Gumista. The Psou River separates the region from Russia, and the Inguri serves as a boundary between Abkhazia and Georgia proper. There are several periglacial and crater lakes in mountainous Abkhazia. Lake Ritsa is the most important of them.

The world’s deepest known cave, Krubera (Voronja) Cave (“The Crows’ Cave”), is located in Abkhazia’s western Caucasus mountains. The latest survey (as of September 2006) has measured the vertical extent of this cave system as 2,158 meters (7,080 ft) between its highest and lowest explored points.

Because of Abkhazia’s proximity to the Black Sea and the shield of the Caucasus Mountains, the region’s climate is very mild. The coastal areas of the republic have a subtropical climate, where the average annual temperature in most regions is around 15 °C (59 °F), and the average January temperature remains above freezing. The climate at higher elevations varies from maritime mountainous to cold and summerless. Also, due to its position on the windward slopes of the Caucasus, Abkhazia receives high amounts of precipitation, though humidity decreases further inland. The annual precipitation vacillates from 1,200–1,400 mm (47.2–55.1 in) along the coast 1,700–3,500 mm (66.9–137.8 in) in the higher mountainous areas. The mountains of Abkhazia receive significant amounts of snow.

The lowland regions used to be covered by swaths of oak, beech, and hornbeam, which have since been cleared.

There are two main entrances into Abkhazia. The southern entrance is at the Inguri bridge, a short distance from the city of Zugdidi. The northern entrance (“Psou”) is in the town of Leselidze. Owing to the situation with a recognition controversy, many foreign governments advise their citizens against travelling to Abkhazia. According to President Raul Khajimba, over the summer of 2015, thousands of tourists visited Abkhazia.

The written Abkhaz literature appeared relatively recently, in the beginning of the 20th century. However, Abkhaz share the Nart sagas, a series of tales about mythical heroes, with other Caucasian peoples. The Abkhaz alphabet was created in the 19th century. The first newspaper in Abkhaz, called Abkhazia and edited by Dmitry Gulia, appeared in 1917.

Arguably the most famous Abkhaz writers are Fazil Iskander, who wrote mostly in Russian, and Bagrat Shinkuba, a poet.

Football remains the most popular sport in Abkhazia. Other popular sports include basketball, boxing and wrestling. National Basketball Team of Abkhazia played its first game with the Turkish Republic of Northern Cyprus Basketball team on 27 May 2015, which Abkhaz team won by 76-59.  Abkhaz basketball team “Apsny” also plays in the Russian Basketball League’s Third-Tier in Krasnodar Krai.

Abkhazia has had its own amateur Abkhazian football league since 1994 though it has no international football union membership. In 2016 it hosted and won the ConIFA World Football Cup

Article 6 of the Constitution of Abkhazia states:

The languages spoken in Abkhazia are Abkhaz, Russian, Mingrelian, Svan, Armenian, and Greek. The Autonomous Republic passed a law in 2007 defining the Abkhaz language as the only state language of Abkhazia. As such, Abkhaz is the required language legislative and executive council debates (with translation from and to Russian) and at least half of the text of all magazines and newspapers must be in Abkhaz.

Despite the official status of Abkhaz, the dominance of other languages within Abkhazia, especially Russian, is so great that experts as recently as 2004 called it an “endangered language”. During the Soviet era, language instruction would begin in schools in Abkhaz, only to switch to Russian for the majority of required schooling. The government of the Republic is attempting to institute Abkhaz-only primary education but there has been limited success due to a lack of facilities and educational materials. Even in Georgian-speaking areas of the Republic, ending schooling in that language has resulted in teachers switching to Russian-language materials instead of Abkhaz-language teaching.