Requirements:
1- Validation of passport at least for one year.

2- Submitting of the visa form.

3- Copy of passport and ID card. 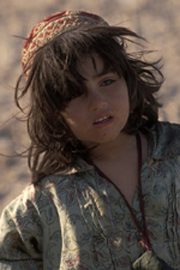 Major religious, ethnic, and linguistic groups
For centuries, Afghanistan has been a mosaic of people with diverse cultures, religions and languages.
Afghanistan’s ethnically and linguistically rich and mixed population reflects its location at the crossroads of Central, South and Southwest Asia. Communities with separate religions, languages, and ethnic backgrounds have lived side by side for generations. Afghanistan still remains a country of dynamic diversity.

Afghanistan, prior to the Soviet occupation and Taliban takeover, was a relatively liberal country with a progressive outlook on women’s rights. Afghan women made up 50 percent of government workers, 70 percent of schoolteachers and 40 percent of doctors in Kabul. However, the effects of war and the Taliban regime quickly effaced the rights of women in public life and relegated them to solely the domestic domain. In 2001, with the overthrow of the Taliban, Afghan women were once again able to enjoy some of the freedoms that had been stripped from them. In particular, the education and health sector have provided greater access to women and advanced their social development in an emergent state.

With the fall of the Taliban, women have been able to reenter schools and universities. In fact, girls composed a third of the nearly six million children who returned to school this year. Women have also started serving as teachers and faculty members again, and are filling political positions and participating in the national elections.

The health sector is working hard to improve the lives of Afghan women, and, free from the prohibitions of the Taliban, male physicians are now allowed to examine and treat female patients. However, while women can see male doctors, the availability of clinics and hospitals is nonetheless limited. Only 15 percent of births in Afghanistan are attended by qualified health professionals, thus contributing to the second highest maternal mortality rate in the world; one pregnant woman dies for every 6 live births. Besides pregnancy-related deaths, a lack of sanitation and potable water has led to outbreaks of tuberculosis, among which 64 percent of the deaths are women. Continued efforts in the health sector will be pursued to provide women with advanced healthcare and promote their wellbeing. Afghan women have suffered through war, poverty, famine and violence, but with the help of the international community and the Government of Afghanistan, they are reemerging with even stronger voices for change.

Afghanistan’s rugged terrain and seasonally harsh climate have presented a challenge to habitants and conquering armies for centuries. Afghanistan extends from the imposing Pamir Mountains in the northeast Wakhan Corridor, through branches of smaller mountain ranges, down to the southwestern plateau where the fertile regions of Kandahar merge with the deserts of Farah and Seistan. More than 49 percent of the total land area lies above 2,000 meters. There are a number of smaller mountain ranges spanning Afghanistan but the largest mountains are found in the north-eastern section of the 600 km Hindu Kush mountain range.

For the most part, Afghanistan may be described as semi-arid but regional variations and climate contrasts according to levels of elevation. Annual rainfall is low, but the high mountains contain sources for many streams and rivers which supply water for cultivation.

The executive branch of the Afghan National Unity Government consists of a powerful and popularly elected President, two Vice Presidents and a Chief Executive Office. A National Assembly consisting of two Houses, the House of People (Wolesi Jirga) with 249 seats, and the House of Elders (Meshrano Jirga) wiyh 102 seats forms the Legislative Branch. There is an independent Judiciary branch consisting of the Supreme Court (Stera Mahkama), High Courts and Appeal Courts. The President appoints the nine members of the Supreme Court with the approval of the Wolesi Jirga.

President Hamid Karzai became the first democratically elected President of Afghanistan on December 7, 2004. Previously, Hamid Karzai had been Chairman of the Transitional Administration and Interim President from 2002.

3. HISTORY
Afghanistan’s history spans five thousand years and the Afghan people have contributed to the emergence of many Central Asian empires. The ancient centers of culture and civilization were influenced by diverse outsiders such as Rome, Greece, Arabia, Iran, Central Asia, India, and China. Great conquerors such as Jenghiz Khan and Timurlane swept through Afghanistan during the 13th and 14th century. These rulers brought with them the desire to establish kingdoms, and founded cultural and scholarly communities in Afghanistan. In particular, during the Timurid dynasty, poetry, architecture and miniature painting reached their zenith.
The rise of the great Mughal Empire again lifted Afghanistan to heights of power. The ruler, Babur, had his capital in Kabul in 1512, but as the Mughals extended their power into India, Afghanistan went from being the center of the empire to merely a peripheral part of it. In the 18th and 19th century with European forces eroding the influence of the Mughals on the Indian subcontinent, the kingdom of Afghanistan began to emerge. Ahmad Shah ruled from 1747 and successfully established the concept of a united Afghanistan.

Throughout the 19th century Afghans fought against British forces. In the 1830s, Dost Muhammad skillfully balanced the influence of the Russians, British, Iranians, and Sikhs. However, rising tensions resulted in several wars from 1839 and 1842 and from 1878 to 1880. The twenty-one year reign of Abdur Rahman Khan was an important period for the consolidation of a modern state marked by efforts to modernize and establish control of the kingdom. The borders of Afghanistan were established in 1893 through negotiations with the British and provincial governments emerged, taking the place of clan rule.

In 1919, Afghanistan gained independence from British occupying forces. From 1919-1973 Afghanistan modernized and built extensive infrastructure with the assistance of the international community. This period of relative stability ended in 1973 when King Zahir Shah was overthrown while away in Europe.

In 1978 and 1979, a number of coups brought to power a communist government that drifted increasingly toward the USSR, ending with a Soviet puppet government in Kabul led by Babrak Kamal and an invasion of Soviet forces. Throughout the eighties, an indigenous Afghan resistance movement fought against the invading Soviet forces. With the help of the International Community, Afghans successfully resisted the occupation. On February 15, 1989 the last Soviet soldier retreated across Afghanistan’s northern border. As hostilities ceased, more than a million Afghans lay dead and 6.2 million people, over half the world’s refugee population, had fled the country.

The Soviet withdrawal in 1989 weakened the communist government of President Najibullah, leading to his ousting in April 1992. An interim government under the presidency of Sibghatullah Mujaddadi was established by the Mujahedeen Council in 1992, and was followed by President Burhanuddin Rabbani, the founder of the country’s Islamic political movement.

Historical review
Artistic activity in Afghanistan can be traced back as early as 18,000 BC. For centuries Afghanistan linked the civilizations of Iran,India, and China. In the Islamic Era, the Ghaznavid rulers of the 10th to 12th centuries and the Ghorids fostered artistic development. Continuing through the Timurid dynasty, Afghanistan’s cultural life prospered and flourished through the rulers’ high regard for men of learning and artists. The descendants of Timur turned the city of Herat into a center of cultural activity enticing artists such as Abdul Rahman Jami, Abdulhay, and Kamal al-Din Bihzad to create finely illustrated books and exquisite buildings.

Afghan Literature
Folk lore and legends told through song and storytelling are a centuries-old tradition in Afghanistan and continue to thrive today. Afghanistan has a rich literary tradition as well. During the medieval period literature was written in Dari, Pashto, Turkic and Arabic. The royal courts of regional empires such as the Samanids, the Ghaznavids, the Timurids, and the Mughals, were great patrons of Persian literature supporting literary geniuses like Rumi, Rudaki, Abdullah Ansari, Ferdowsi, Jami.